Only four weeks until the

getyourwordsout Bingo challenge will close and I'm almost sure that I won't reach my original goal to finish at least one complete card. There are still five prompts to write - one of them I will post here - a second one has turned into a much too long story and I'm afraid I won't be able to finish it in time ( only complete stories are allowed for the bingo). For another prompt I already have a plot in mind but I don't know where to start. 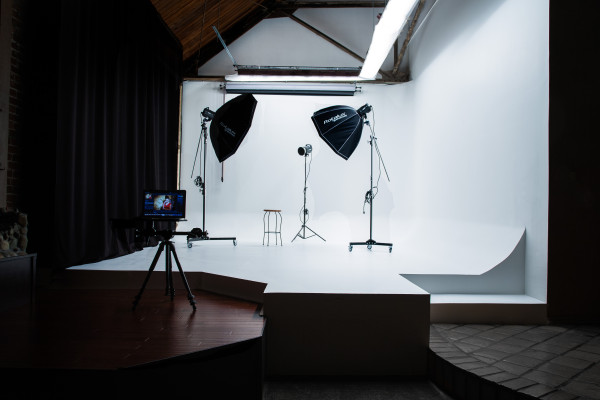 Title: The Photo Studio
Fandom: The Faculty
Character: Casey & Zeke
Rating: PG13
Word Count: 1209
Disclaimer: Of course, I don't own The Faculty nor the character :( - I'm just borrowing them for a while


Casey was standing in the middle of the main hall of the photo studio, trying to take in everything at once. The high, plain white walls, the stage with dark brown piles, building a great contrast. A silver screen in the background; a monitor on a tripod in front of the stage. Only two spotlights on wheels and a simple stool built the interior. The rest of the high tech equipment was hidden behind almost invisible doors.

Large windows did run the full length of the studio hall; blacked out currently by thick blinders to increase the dim atmosphere. Later he would open them, let the bright sunlight in, revealing the view onto the best panorama of Boston. A moment which would always make his heart beat faster. When he had experienced it for the first time, he had known that this was the only place to let his dreams come true.

Slightly nervous Casey licked his dry lips. His very own photo studio. Casey Connor Photography. Photoshootings which will activate all your senses. Special photos you can't get anywhere else. That was what he had always wanted. That was what he had worked for so hard during the last years.

Hard to believe, that against all odds it finally would come true. Not many people had supported him in his life. His parents had been disappointed because he was not a great sports ass. The other students at school had called him a geek, had laughed about him, even bullied him. He had accepted every job during vacation, over the weekends, to save as much money as possible to be able to go to art school after graduation.

His tutor had discovered his talent soon and encouraged him to find his own way.
„You are much too talented, to follow the crowd,“ he had told him when Casey had talked about it that he hoped to work for a nature magazine one day.
„Ever thought about an own photo studio? I'm sure your work would be special.“

Oh course, he had dreamed about this. But he needed to stay realistic; to build up a photo studio was expensive and always a risk. Even with the scholarship, the college would use up most of his savings. No bank would grant him a credit when all he could provide was a cheap camera and his, so far unproven, talent. As hard as it was, he knew he would have to make compromises. Working for one of the famous magazines was the best he could hope for.

The gentle, so familiar voice tore Casey out of his reverie. Smiling he turned around. Once again the sight of the tall guy in his dark blue suit almost took his breath away. How could it be, that all this was not just a dream? It was much too good to be real. The photo studio. Zeke. The most beautiful guy he had ever met. And he was his and his alone.

They had met first two years ago in a small club. Casey was not a party boy but this evening a good friend had celebrated her 20th birthday. Later in the night, the party was still in full swing, he had started to think about it how he could sneak away without looking rude when he noticed him. The guy was sitting alone at the bar, watching him with open interest, a slight smile on his lips, his hazelnut brown eyes sparkling. When Casey had blushed involuntarily he had only chuckled and invited him for a drink.

This moment had changed his whole life. He had never dared to dream about it, that a guy would fall in love with him and for sure not a guy like Zeke. Good looking, charming, a successful businessman. He could get every girl he wanted and probably most of the guys, too. But he wanted him, Casey Connor, and not only for a fleeting adventure.

Zeke pulled him into his arms, not as close as usual because he didn't want to ruin the suit Casey was wearing. A black pinstripe one with purple stripes; a dark purple shirt and a tie with white and purple diamond pattern. An unusual sight, the boy preferred his wide jeans and comfortable shirts, which made him look like a Highschool student. But Zeke couldn't help the thought that his lover had never looked so hot before. Difficult, not to get too distracted by the thoughts, rushing through his mind. But as the guy who had just been nominated as 'Ohio's most successful young entrepreneur,' he knew that this would have to wait for later.

„I'm nervous as hell,“ Casey admitted and rested his head on Zeke's chest.

„No need to. Everything looks perfect. The champagne is already chilled, the canapes are waiting. Del did a good job..“

„Del knows what she's doing. Her catering service is the top address of Columbus.“
Casey sighed.
„What, if no one is interested in a new photo studio? When all this turns out to be a big pratfall? I would never be able to pay back the loan you granted me.“

Casey pulled the face.
„I mean it, Zeke, I don't like the thought to be in your debt.“

„It's just business; I always make my investments. Sometimes you win, sometimes you lose; that's in the nature of things.“
Zeke chuckled slightly and bent forward for a quick peck.
„But don't worry, I do believe in you. Within five years you will pay me back; plus accumulated interests.“

„But maybe I should have better started with a smaller studio. This suddenly feels like trying to win a race before I can even walk.“

„Oh, then maybe you should better start to learn quickly.“

Zeke smirked and pointed at the screen on the greeting counter; it showed the view from the outside of the studio, where already some crowd was waiting. Friends, of course, Stan, Stokes, Delilah and her new boyfriend. Some students from Art School, Casey's former tutor, too. But also some guys in expensive suits, accompanied by dressed up women; the photo studio had obviously already aroused some interest in Boston's High Society. Zeke felt pleased; so the well-placed advertisement had already paid off.

Casey stared at the monitor and gasped for air.
„Oh shit,“ he murmured.

Zeke laughed inwardly. No, Casey would never turn into a calculating businessman, who enjoyed it to stand in the center of the interest, that was for sure. He still was a photo geek, but a very talented one. Zeke did believe in him not only because he was his lover. Casey would make his way like he had always done. And he, Zeke, would stay in the background, keep an eye on his interests and make sure that one day he wouldn't only be one of the world's most famous photographer but also a pretty wealthy one.