Another story written for the 'Get your words out - Bingo' ...

my first Bingo is completed. :) Much too late to reach my original goal at the end of the year, but who cares?

The picture = prompt this time 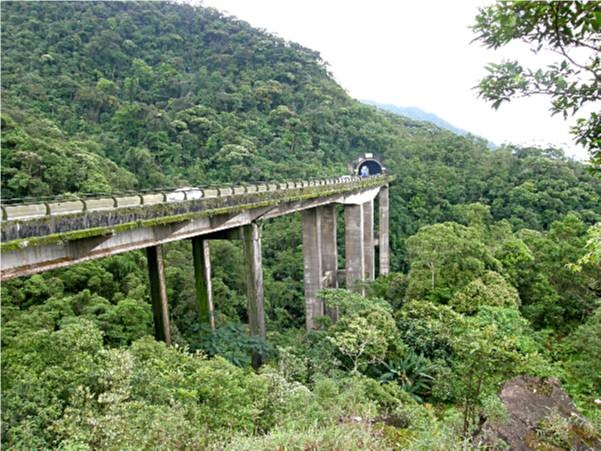 Title: The screaming tunnel
Fandom: The Faculty
Character: Zeke / Casey
Rating: PG13
Word Count: 1233
Disclaimer: Of course, I don't own The Faculty nor the character :( - I'm just borrowing them for a while)

Once again Zeke risked glancing at the boy beside him. Casey's big, blue eyes seemed to sparkle even more as usual; the camera in his hands, not willing to miss a good shot. Zeke had promised him a trip, he would never forget and obviously it hadn't been just empty promises. Casey was in this happy hyper mood Zeke enjoyed so much since they had left Herrington behind.

He could only hope that it would stay like this for the rest of the weekend. Once again he wondered if his plan was a good one. Was it worth the risk? If it did go wrong he would have made a fool out of himself and, much worse, he would probably lose the best friend he had ever had. Maybe the only one. Though it had never been a problem for him to socialize. He had always been a boy everyone wanted to hang around with; the girls were crazy about him, the other guys respected and secretly looked up to him, he was a welcome guest at every party. But none of them he had ever called a close friend.

His life had changed about a year ago. No one could understand why Zeke suddenly preferred to hang around in his garage with the school's geek. Watching science fiction movies on a Friday evening were more interesting than every party, and at the weekends he would make trips in his beloved GTO together with Casey, always in search for interesting photo motifs. Casey was a brilliant photographer and one day, Zeke was sure of that, he would show them, all these dumbheads who were laughing at him today.

Up to the moment he had met Casey, his rep had been very important for him but suddenly he couldn't care less. Casey was like a soulmate, he did trust him blindly. He had told him about his lonely childhood with noncaring nannies and boarding schools; he talked about his future plans; about leaving everything behind, going to College, maybe working for NASA one day. But he had never dared to talk about his various feelings for Casey; so much more than just friendship. Confusing at first, in the meantime, he could imagine that anything would be possible as long as Casey was at his side.

Problem was, he wasn't sure what Casey would think about all this; sometimes Zeke got the feeling that his eyes were resting on him full of desire, sometimes he was afraid, that this was just wishful thinking. He knew, it was about time for a talk. This weekend, far away from Herrington, was perfect for it. For the first time, Casey's parents had given their permission for a two day weekend trip. It hadn't been difficult to convince Mrs. Connor; when Casey told her that he needed some more fancy pics for his application letter at art school, she had given in quickly. Casey's dad though had fixed his gaze on Zeke and started to ask a lot of discomforting questions. But obviously, he had been able to find the right answers because finally also Mr. C. had given in.

Now they were on the way to Roseville, a small town in the Appalachian Mountains. A good way to go, but Zeke didn't mind. He loved long trips in the GTO; the motor was humming smoothly, the radio was playing rock music; not as loud as usual, when he was alone, though, because Casey didn't want to stop chatting.

„Can we stop, Zeke, please? Just for a moment.“

They were just following an old, stone bridge; not the best road condition. And it seemed as if they would be alone in the world, no others cars around. Cautiously Zeke hit the break, it wasn't smart to risk too much. When the GTO slowly came to a stop he turned to the boy beside him, who had already grabbed his photo bag with even more rolls of films and smirked.

„Ten minutes, okay? Or we will have to camp in the open tonight. It's still a way to go to Roseville."

Casey giggled hilariously.
„It's the last stop, I promise.“

As if he hadn't told this about three times already. Inwardly laughing Zeke watched him jumping out of the GTO, turning from the left to the right side, swirling around himself, running along the bridge. Always the camera lifted up to his eyes. Click, click and click again.

„That's such a great view. Look at these trees, all of them in a different green. And the rock formation over there. I wish I could get closer to take some better pics.“

Zeke stepped nearer to the edge of the bridge and risked a look into the depths.
„No problem,“ he joked.
„ I guess I have a rope somewhere in the trunk. Just be careful that you don't break your neck; your dad would kill me.“

Casey pulled the face.
„No thanks. The ropes in the gym at school offer enough climbing for a lifetime.“

Suddenly his look fell onto the dark opening of a tunnel near the end of the bridge; obviously old and not used anymore since the new road was build up. He remembered that he had read about it while looking up the route to Roseville. An interesting place with a scaring background story. Of course, just a legend. But maybe … the chance he had been looking for.

„Oh. I had almost forgotten about that,“ he murmured, like to himself.

„Hm?“
Casey looked at him questioningly.

„The screaming tunnel.“
Zeke pointed over.
„It is said that it's haunted by a ghost of a young girl. In the last century she was living at a farm nearby and one night the house caught fire. She managed it to escape last minute but in the tunnel she broke down and died of her injuries because no one came to help her.

These days visitors of the tunnel tell about a cold wind which blows out their matches and about a whining noise. As if she is still around, desperately looking for help.“

Casey shuddered slightly despite the warm sun.
„Just a spine-chiller, based on a true, sad story,“ he said.

Zeke smirked.
„You sure? We could find out. Maybe you can add some pics of a real ghost into your portfolio. That would be unique for sure.“

„No, I guess not. My application letter won't turn into a horror story.“

„Oh, c'mon, Case, where is your love of adventure? I will be close at your side; hold your hand. And be it that the phantom pops up, don't worry. For you, I would fight every ghost.“

Casey kept quiet for a moment and blinked once or twice. Zeke almost started to worry that maybe he had gone too far when finally the smile sneaked back onto Casey's lips.

„That was about time,“ he said.

Zeke frowned, not sure what to think about this words.
„For what?“
And he felt the heat rushing through his body when Casey stepped closer. Closer. Sparkling, blue eyes, the most wonderful lips. So close. He could feel his warmth, smell the bubblegum he used to chew most of the time.

„No need to scare me half to death with horror stories. When you want to hold my hand, why don't you just do it?“
Casey's voice was almost a whisper and before Zeke could find an answer, he felt Casey's fingers entwined with his own, warm, gently squeezing.
„See, it's that easy.“

Indeed, that was it. All of Zeke's doubts were gone in the moment when Casey tiptoed, put his arms around his neck and kissed him.