Hello, ladies and gentlemen (though I don't think that any gentlemen are around ;) ). I hope all of you will be able to enjoy a sunny, warm Sunday. Mine will be busy because I will have to head off to work soon - Sunday work is annoying, especially on a wonderful day like this, but hey, I will survive.

It's Cazekiel-Day, and I want to post the second chapter of my 'Bingo-Story' today. So, here we go.

written for 'Get your words out' 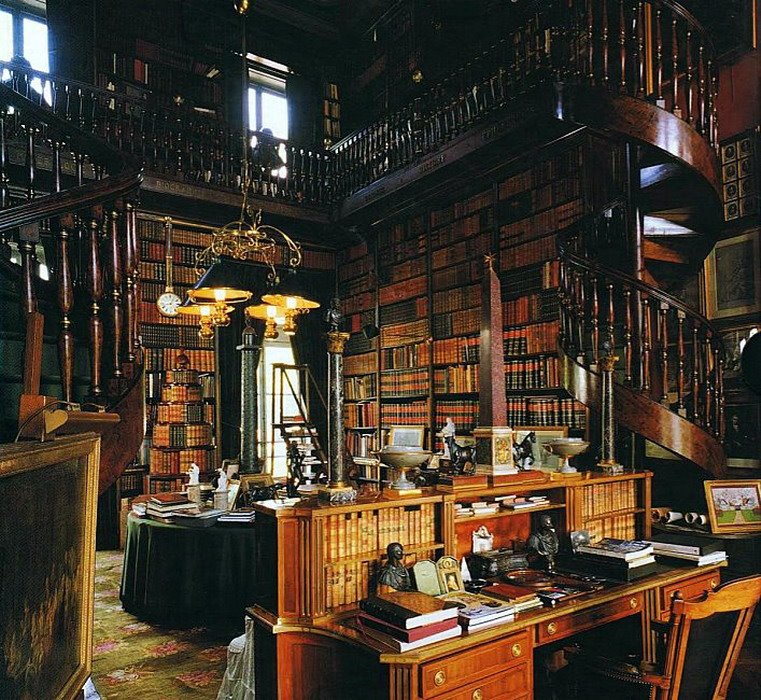 Title: The Hidden Library (2)
Fandom: The Faculty / Jeremiah TV (Reboot-Universe)
Character: Zeke & Casey
Rating: R
Word Count: 1603
Disclaimer: Of course, I don't own The Faculty nor the character :( - I'm just borrowing them for a while

What you should know about my Reboot-Universe:
This Universe is a x-over between The Faculty (movie) and Jeremiah (TV-series). You don't need to know anything about Jeremiah nor The Faculty to read these stories, but if you do some elements will be quite familiar to you. Please notice: Not movie conform.

Short summary: Casey had been able to fight the alien queen who tried to take over the world, but her death released a virus which killed almost everyone older than twenty. Casey & Zeke are on the road since some months, looking for a place named 'Thunder Mountain'.


Casey stopped breathing when they stepped onto the gallery of the library. Through small windows at both ends, some light was falling into the colossal room, though it couldn't reach all parts of it. An old, wooden spiral staircase led down into the shadowy depths. Shelves of books everywhere, from the bottom up to the artful decorated wooden ceiling.

"Holy shit," he murmured, feeling dizzy. Whatever he had expected, not this. The air was dusty, but not unpleasant, it was a smell of leather and old books. When his eyes adjusted to the half-light he finally was able to take in more of the surroundings. The old desk with the wooden chair in front of it, some comfortable large armchairs in front of the fireplace, silver candleholder on the mantlepiece. The high ladder on wheels, so that you could reach the books on the top shelves. Some old paintings on the walls.

It felt as if the world outside didn't exist here; this was a place of beauty, of knowledge, of eternity. Even Zeke, who usually wasn't easily to impress, kept quiet for a while, to take in the atmosphere. He had always liked libraries; during his first years at boarding school, he had spent there hours and hours, in the try to get away from the madness around him at least for a while. Even after the Big Death he had never stopped reading; especially horror stories written by Stephen King or Dean Koontz. Probably pretty weird, as if the world around wasn't frightful enough.

After a while, though, his rational mind got the upper hand over his surprise. They were here for a good reason; had hoped to find information about Thunder Mountain. Question was, where to start. He hadn't expected that the library would be that big; several hundred, no thousands of books, most of them pretty old, though.

Casey's hand touched his arm and tore him out of his thoughts.
"It's hard to believe that this is real, isn't it," he almost whispered.

"Yeah."
Also Zeke lowered his voice automatically; it somehow felt wrong to disturb the silence in the library, even if no one was around who could feel bothered.
"Wanna go downstairs?"

He turned around, followed by Casey followed. Cautiously Zeke tested every step, just to be sure. The wooden staircase seemed to be in a good state but the last thing they could need was to break through or to fall down, to risk a fracture.

Downstairs it was almost dark; not much light came in through the gallery windows. The batteries of his flashlight were almost dead and it got more and more difficult to find charged ones, so Zeke was thankful to discover two antique oil lamps on a small rack.

The flickering light brightened only the middle of the large room but it was enough to notice numerous boxes piled up beside the fireplace. They looked somehow out of place and Zeke remembered Michelle's words again. 'The library is the good place to keep all kinds of papers in safe custody. Every time I find some old documents or journals I try to bring them there.'

"Great," Zeke grumbled.
"It looks as if a lot of work is waiting for us."

He looked up from a pile of papers he was searching through, not able to say how many time had already passed. Luckily Michelle had done her best to establish some order, so their task went quicker than expected.

Casey was standing beside of the desk, an old, wooden one, with a lot of drawers and a small hutch on top. Some older journals were lying in front of him but obviously not they had caught his attention. He had picked up his oil lamp and looked slightly confused.

"Anything of interest," Zeke asked.

Slowly Casey shook his head.
"We are not alone," he answered.

"Mice? Rats, maybe? We should tell Michelle, she needs to get rid of them."

"No, it's nothing like that. Someone hides under the desk."

"What do you mean?"
Zeke frowned, suddenly feeling alarmed.
"Better come over here."

To his surprise, Casey chuckled slightly.
"I don't think that she will hurt me. It's more that she's afraid of us."

Zeke cursed inwardly. She? What the heck was going on here? Who was 'she'? And why was she hiding under the desk? Did the guy upstairs knew about her? If he did, why hadn't he mentioned it? What do they plan? And if he didn't know about her, how did she come in here? Not many people could know about the existence of the library; the only entrance was locked with a chain, the windows at the gallery were small and metal-grilled. The guy for sure knew to safeguard his property.

Too many questions, too little answers. Cautiously Zeke crossed the room. When he reached the desk he could hear it, too. Suppressed breathing, a sporadic sniffing, silence again. Strange, but not dangerous. Without further ado, he grabbed Casey's shoulder and pulled him some steps back from the desk before he bent down and risked a glance. Whatever he had expected, not this.

"Don't scare her."
Casey was at his side again and stretched out his hand.
"Hey. You don't need to be afraid of us. We are friends. Why don't you come out there?"

The little girl was wearing oversized flap trousers and a plain, white shirt which emphasizes the first impression that she was very small and helpless. But her green-brown eyes told something different. Though she refused to talk she was obviously not scared of them.

"My name is Casey. And this is Zeke."
He smiled at her and tried it again.
"Will you tell us your name?"

Zeke shrugged, unsure what to think of her. She was young, four, five at the very most, too young to survive alone. And she didn't look undernourished or neglected. Someone seemed to take care of her. But there was something in her eyes ... he wasn't sure if he did like it.

Footsteps on the gallery tore him out of his thoughts. The voice of the guy echoed through the library.
"Rose. What are you doing here again?"

She barely turned her head.
"The decontamination did not work. We have to burn the bodies. The darkness is coming. There is no one left to play with anymore."

Her voice was calm and sad but her words made Zeke shudder. The guy only nodded and came down the stairs. Almost gently he put his hands on her shoulders.

"You need to listen to me," he said.
"I've told you not to leave your rooms in the evening. Unless I'm with you. Do you understand that?"

She stared at him for a moment, then she turned around and without further ado she ran upstairs that quick that she was practically a blur.

"Not your fault."
The man shook his head.
"She shouldn't come here alone. But I'm afraid she will always find a way. It seems as if this the only place, where she feels safe."

"What's wrong with her?"

Zeke could hear Casey's voice trembling and put an arm around his shoulder. The guy smirked slightly; finally, he shrugged.
"It's all or nothing, your choice. She is as fucked up as a lot of us."

"But what she said ..."
Casey shuddered slightly.
"The darkness is coming. The decontamination did not work. What's the meaning of that?"

"I don't know."
His face was almost expressionless when he answered.
I actually don't know much about her and what she had to go through. One morning I found her in the woods nearby. Together with her mother.

Pretty girl, just ... sick, very sick. It was obvious that she wouldn't survive for long. Last thing you can use in this business. It gets around quickly when someone dies near to your house because of a fever."

"The virus," Zeke asked.
"I've heard some mutations of it are still existing."

"I'm not a doctor. All I can say is that it obviously was not contagious."
The man smirked.
"Because I'm still alive."

She is not. She died two days later. Long fight, I tried to make it easier for her, that was all I could do. Rose refused to leave her, she didn't sleep, she didn't eat. She didn't cry, not even when it was over. All she said was: 'We need to burn the body.'

"She's still a child."
Casey couldn't hold back for longer.
"What do you expect? She's all alone. She has seen her mother dying. Of course, she is scared stiff. You need to help her to get over it."

The guy kept quiet for a moment.
"To get over it," he finally repeated.
"She won't get over it because this nightmare will never end. And I can't help her. I let her stay it here. Because kicking her out, back onto the roads, would be like a death warrant for her. She has a place to sleep, she gets enough to eat. That's more I would do for anyone else. No one can afford it anymore to give away anything for free."

He pointed at the oil lamp on the desk.
"Don't forget to pay for the oil later."
Without waiting for an answer, he turned to the spiral staircase and left the library.

Casey huffed annoyed.
"What a fucking prick," he murmured.