It's about time for another 'Bingo-Story' for Get your words out. I'm soo much behind. :(

Title: Summer in Hawaii
Fandom: The Faculty AU with a mini-touch Hawaii Five-O
Character: Zeke & Casey
Rating: R
Word Count: 1482
Disclaimer: Of course, I don't own The Faculty nor the character :( - I'm just borrowing them for a while 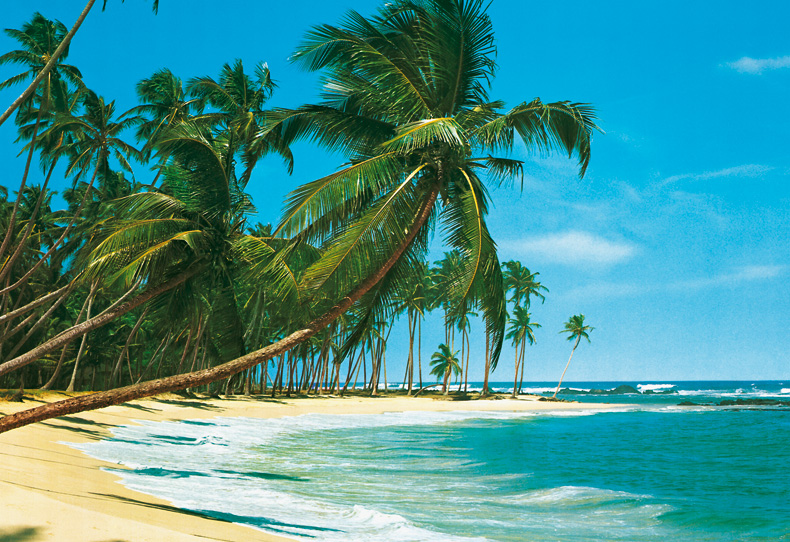 It was early in the morning, the sun was already shining but it wasn't hot yet. A light breeze was blowing; some swimmer already enjoyed the rolling waves; some surfer made their boards ready in the hope of the ultimate kick.

Zeke jogged along the beach, like every morning, to get his head clear. He missed the long trips with his GTO, it always was a relief to leave everything behind; when he was on the road, he felt free of all dark thoughts. But it would still last about six weeks until he could go back to Massachusetts, back into his own life. Because he was a stupid dumbhead.

Why the heck had he felt sorry for his mom? The divorce was so not a big surprise; the marriage of his parents had been a show since he could remember. His mom was more interested in parties and spending money for expensive dresses, jewelry or cruises around the world while his dad spent the days in the office of his company and the nights with one of his much too young affairs.

None of them had ever cared much about him; he was grown up by nannies; later he had visited an expensive boarding school. He went through some wild times, was rebellious and not willing to accept any rules until he finally realized that he was on the best way to throw his future away.

Springfield was his new life, the Technical Community College, some good friends, no parties, no mindless one-night-stands anymore. For the summer break, he had planned a trip to the Yellowstone-Park together with some friends. The call of his mom had changed everything. Tearfully she had told him that his father had decided to file for divorce and though Zeke wasn't convinced of her deep-seated despair, he had finally agreed to accompany her on her summer trip to Hawaii.

What a big mistake. He should have known it better. The life of his mother was not his life anymore. She enjoyed Hawaii, the exclusivity of the hotel complex, the high society party events every night. Zeke soon felt bored from all this. One reason why he came here every morning instead of visiting the hotel's gym; the beach was off the beaten track. The other reason ...

Zeke smiled slightly when he noticed him. Like every day the boy was sitting on his bath sheet; wearing washed out, black swimming trunks and a plain white shirt; the headphones of his Discman in his ears, the nose in a book. He looked somehow out of place, obviously not interested in surfing, diving, beach volleyball, or just roasting in the sun and flirting with the girls around. Maybe it was that what had attracted his attention at first ... he was different than the other guys around.

Slightly out of breath, Zeke stopped near the grove of palm trees; after some last stretching, he dropped down onto the sand some steps away from the boy. The only reaction was a slight frowning when a shadow fell onto his book. Unimpressed Zeke put on his sunglasses and grabbed for the water bottle to take a sip.

"Sounds interesting," he then murmured, his eyes resting on the book.

"The Character of Physical Law. By Richard Feynman. Unusual read."

Finally, the boy looked up, beaming blue eyes met Zeke's, the mistrust in them couldn't be overlooked.
"What do you want?"

"Fine."
The boy pulled the face.
"Then you should go and find someone else. I'm not interested in wasting my time."

He turned back to his book and Zeke chuckled inwardly.
"Get it. Ambitious boy, learning for College even during summer break?"

"No, what? Not learning for College? Or you are not here for vacation?"

The reaction actually was not a surprise. The boy glanced at him annoyed, slammed the book shut and shoved it into his backpack together with the Discman. When he finally jumped up and grabbed his towel Zeke stopped him.

"Hey, the name is Zeke. Sorry, I didn't mean to chase you away. You like to be here, don't you? It's a nice place, not so crowded."

For a moment the boy eyed him silently, finally he shrugged.
"Casey," he answered.
"And it's okay, I guess, actually, this isn't my private beach."

Zeke laughed.
"So you don't mind to share it with me?"
Satisfied he noticed a slight smile sneaking on Casey's lips.

Casey's heart was up to his mouth. Hard to believe that this morning was not just a dream; that he was sitting at one of the most wonderful places of the world together with a beautiful, smart, funny guy. They had chatted and laughed and he finally he relaxed and opened up more than he usually would. He had learned to be careful around others; much too often he had already ended at the victim of teasing and bullying.

"So, what are you doing here," Zeke asked him.
"Vacation with your parents?"

"Summer Camp."
Casey shrugged.
"I wanted to go to the Science Camp in Boston, like every year, but my dad thought it might be a good idea to let myself go at least once. Just to have fun, you know, hang around with others of my age, surfing, diving, parties at the beach ... "

He paused and sighed.
"I'm afraid, he can't understand, that I just don't fit in there. It is as if we are living in two different worlds. He was the quarterback of the football team at high school, he dated a popular cheerleader ... and married her later. He is a successful architect; he always wanted me to take over his office one day.

I got a scholarship at MIT and he pretends to be proud of me. But I know, deep inside he is disappointed and he still hopes, that I will change my decision and go to Columbia like he did.

"It's never easy when you don't follow the rules like expected. What are you going to do?"

Casey kept quiet for a moment, thinking about the answer.
"I don't want to disappoint him," he finally said.
"Probably I could go to New York but I would never be a good architect like he is because it's not what I'm dreaming about.

One day we will build space stations on the moon. Fly to Mars or even more far away. Explore our universe. This is our future. And I could be a part of it. How can I spend my days in a boring office instead?"

When he felt Zeke's eyes resting on him he paused, suddenly feeling embarrassed. Great. He had fucked it up, as ever. It wasn't a wonder that people used to call him a geek, wasn't it?

"Sounds like a great plan," Zeke said and chuckled slightly.

"More like a pipe dream," Casey murmured.
"I always was a hopeless case."

"Without the stuff dreams are made off we would still live at stone age. People like you change the world because they don't care when others called them geeky. And I show them more respect than people who always follow the rules."

Bewildered Casey kept quiet. It didn't happen often, that others seemed to understand what was going on in him. Especially not good looking, smart, charming guys.

The slightly annoyed voice tore him out of his thoughts. He glanced at his watch and cringed inwardly. Shit. Lunchtime. It was about time to go back to the camp. Suddenly feeling low he shrugged apologizing.

Zeke smiled once again and Casey wished to be able to stop the time. This had been the best morning since he was in Hawaii and he didn't want it to come to an end. When Zeke left now he would probably never see him again.

Confused Casey blinked.
"Hm? The diner at the beach?"

Zeke laughed.
"It's not just a diner. Kamekona is an Original. He makes the best Shrimps Burger of Hawaii, he offers Helicopter flights for the tourists and it is said that he's working as an informant for the Hawaii Task Force. I guess you would like him.

Wanna find out? I've noticed an announcement this morning. It's Kamekona's Long Shrimp's Night again this evening. So, if you don't have anything better to do ... "

Casey looked into hazelnut-brown eyes, an open, promising smile and suddenly is mouth felt dry with excitement. This evening?! The gaming event at the Camp. But probably no one would miss him anyway. And even if: he would happily accept every punishment for leaving the Camp after curfew without permission. An evening together with Zeke was definitely worth it.

With a wide grin on his face he nodded.