No question what the post today will be about.

Apologies to my fellow ’90s babes, but it’s time to accept that it’s just never going to happen: Josh Hartnett is never going to make love to you in an airplane hangar bay, dance to “Come Sail Away” with you at a ’70s prom, or help you fight a colony of evil alien slugs hellbent on taking over Planet Earth, because Josh Hartnett is officially settled down. And as of this Tuesday (December 1), Us Weekly reports that Hartnett and his girlfriend, the English actress and model Tamsin Egerton, have officially welcomed a ’lil Hartnett baby.

There is still no info about the baby’s name, gender, or exact date of birth, but the couple has already left the hospital in London together with the baby. 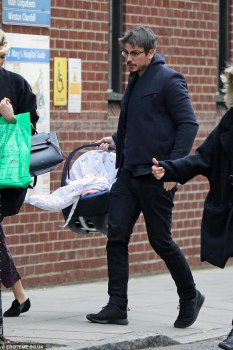